Introducing The GFDI Board of Directors and Advisory Committee 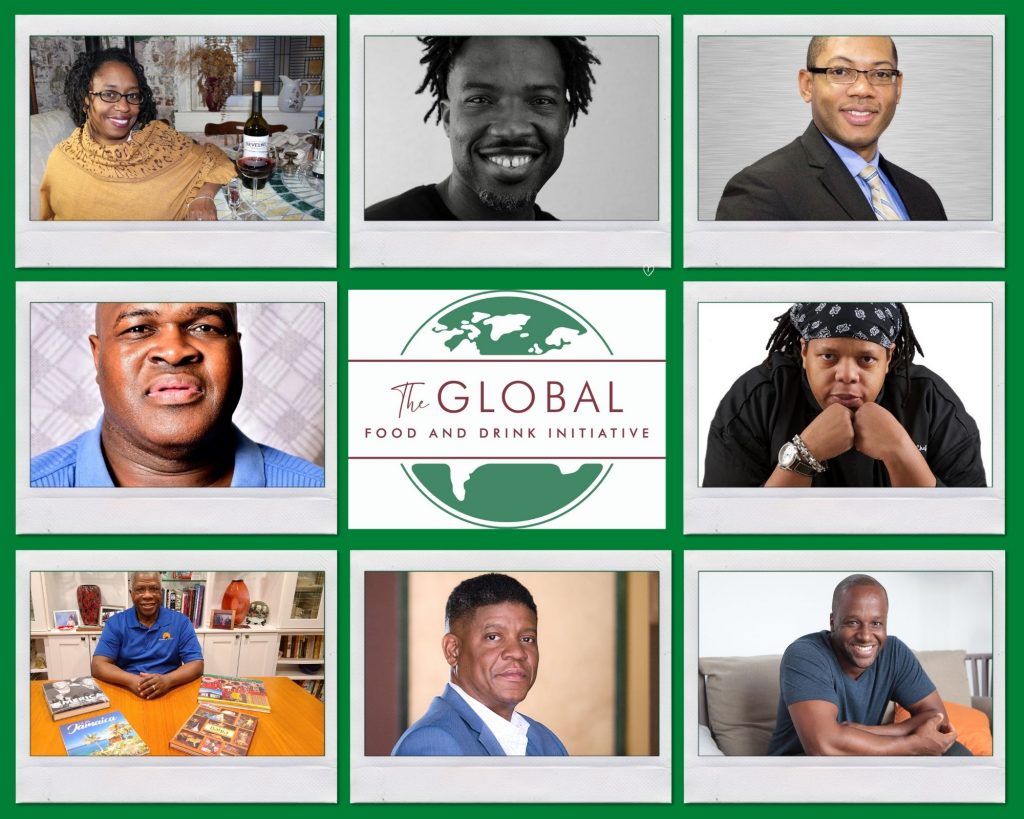 At the Global Food and Drink Initiative, we are excited to have a fantastic board of directors and panel of advisors participating in our efforts and helping spread the word on our work. These are individuals who have been our champions from day one and whom we have enjoyed supporting in every professional capacity. Here’s our talented board:

Benita Johnson, Founder and Owner, The Vine Wine Club
Benita is an advocate for wine appreciation. She encourages traveling and tasting to better understand the origin of grapes, geography and process to appreciate the wine. She is a member of the Guild of Sommeliers and Consultant to the Commonwealth of Virginia’s Department of Agriculture. “I am elated to be a part of The Global Food and Drink Initiative. After 15 years in the industry, I rejoice in the number of people that I’ve met with the common love of wine. This initiative gives me an opportunity to play a small role in connecting the world through food and spirits,” she says.

Ed Gough, Jr., Host and Producer, The Dr.Vibe Show
Ed is Canada’s Prince of Podcast, hosting intelligent, entertaining conversations on race and gender. His experience as a TV reporter injects an extra dose of thoughtfulness into all of his interviews, setting him apart. He has done over 2000 interviews with the mission of peeling back the layers of the mainstream media’s construct around Black males, to reveal the positivity that is often clouded.

Florence McCrary, Food and Wine Enthusiast
Florence is an avid lover of fine food and the culture. She has a diverse history in serving community and working in several capacities where fundraising has been a key requirement.  She believes in making things happen and pulling together the right people to deliver. She has traveled throughout the world and enjoys her appreciation for food, music, the arts, and her care for others.

And here are our advisors:

Chef Jumoke Jackson, Private chef and caterer
Chef Jackson is an accomplished speaker in hospitality and motivation. His passion for food, coupled with his natural instinct for motivational speaking has translated into a daily Coffee Talk video series. In his short culinary career, he has been selected as a 2017 Black Enterprise Man of Distinction, been featured on Dr. OZ, Neighborhood Chef, ABC’s The Chew and is a regular food expert on the national show, Fox & Friend’s Morning Show.

Chef Padua Player, Executive Pastry Chef​, SugaChef Desserts LLC
Chef Player, aka Sugachef, has his own line of gourmet desserts and has provided his sweet
delicacies to countless celebrity clientele. He has appeared on Food Network’s Sweet Genius and Holiday Baking Championship, Cooking Channel’s Cake Hunters, and won the 2013 Capital Food Fight’s High Stakes Cake Battle in DC, hosted by Duff Goldman. “What I’m most excited about is to help educate the world by spreading knowledge, awareness and love for our community and culture. All while we eat bountifully and drink plentifully. Thank you GFDI for giving us the jump start that we need and when we needed it most,” he shares.

Adrian Lindsay, Maitre d’Hotel(Rue Cler- Durham), Bar Manager, Cocktail Progenitor
Adrian is a service industry professional with more than 30 years’ experience creating eye-catching cocktails using unusual ingredients. He was featured in several local magazines for his expertise and creativity including Durham Magazine, Creative Cocktails, Indy Week and Drinking with a Bartender: a Day out in Durham with Nana’s Adrian Lindsay.

Fred Wilds, Travel Advisor, Excellence in Travel
Fred is the owner of Excellence in Travel, helping clients, individuals or groups create the perfect international travel experience whether by plane or cruise. Areas of specialization include Europe, Cuba, Brazil, and the Caribbean, to name a few. “Being in the business of group cultural travel to various countries and a foodie, it has always been my goal to include the foods of a country. This is especially true with the countries in the diaspora. Being part of GFDI will not only allow me to offer my knowledge of the foods of various countries but also to find out about some that I have not yet experienced,” he says.

We are thrilled to have such a talented group of individuals who believe in our efforts and look forward to bringing their expertise to you via upcoming programming. Stay tuned for more on that in the next update!

This site uses Akismet to reduce spam. Learn how your comment data is processed.

© 2022 The Global Food and Drink Initiative | All Rights Reserved.